Developments in the world of Florence Mills lore may not happen at the frenetic pace of the modern media but there are plenty of things happening from time to time so I hope to update this page regularly.
The previous editions of news can be seen still at Archive No. 1,  No. 2 , No.3 , No.4 , No.5 , No.6 and No.7

Oprah has announced her intention of quitting her long running TV series. No doubt a well earned rest but it's rather sad that in all her years of exposure she never acknowledged the greatest Winfrey of them all - Florence Winfrey, better known by her stage name - Florence Mills.  Perhaps there's still time but I fear she has a coterie of minders who know nothing of African American entertainment history before the era of hip-hop.

The famous international hostess Ada 'Bricktop' Smith was one of Florence's closest friends and a fellow performer in the Panama Trio during 1916, before going on to fame in Paris in the 1920s. Though a good all round entertainer and excellent dancer, Bricktop was not a great singer ,and so was believed not to have been recorded.  However a new CD has emerged in Italy, which has a number of tracks by her in 1955, including Florence's theme song "I'm a Little Blackbird".  It's touching that nearly 30 years after Florence died Bricktop was still paying tribute to her in song.

Details of the CD can be seen at: http://www.rivierajazz.it/?q=en/node/217  In addition to 'Blackbird', it also has Brick singing the song Cole Porter wrote specially for her, "Miss Otis Regrets".  A fascinating piece of newly discovered history!

The Vanity Fair Portraits Exhibition originally created by the UK National Portrait Gallery, and currently running at the Australian National Portrait Gallery ( 12 June-30 August 2009), has some iconic portraits of African Americans, including Josephine Baker and Paul Robeson, but missed the most historic of all - the  Edward Steichen portrait of Florence Mills that was the first ever full page portrait of an African American person to appear in Vanity Fair - so here it is here instead: 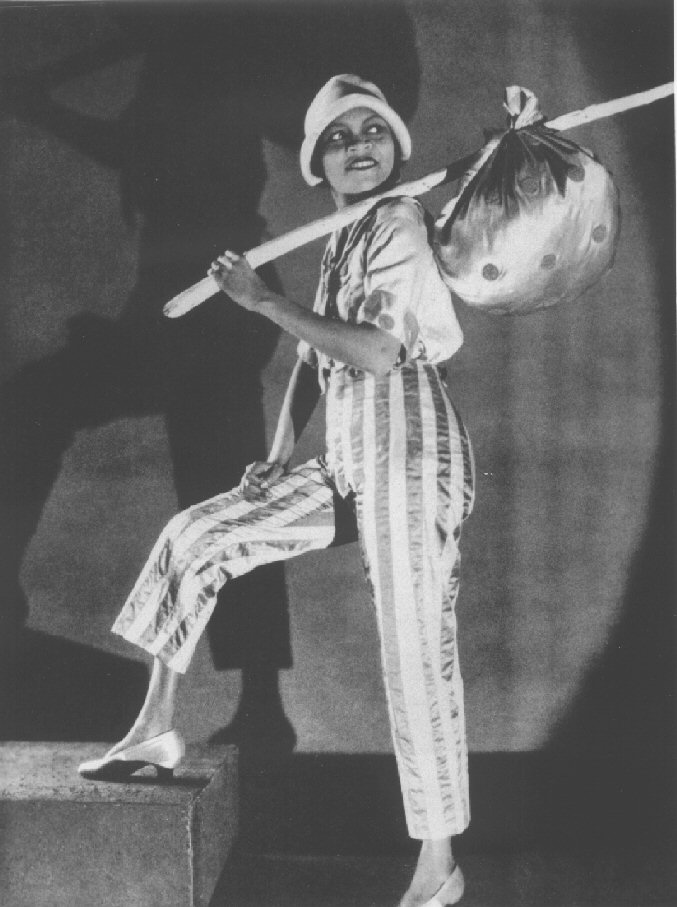 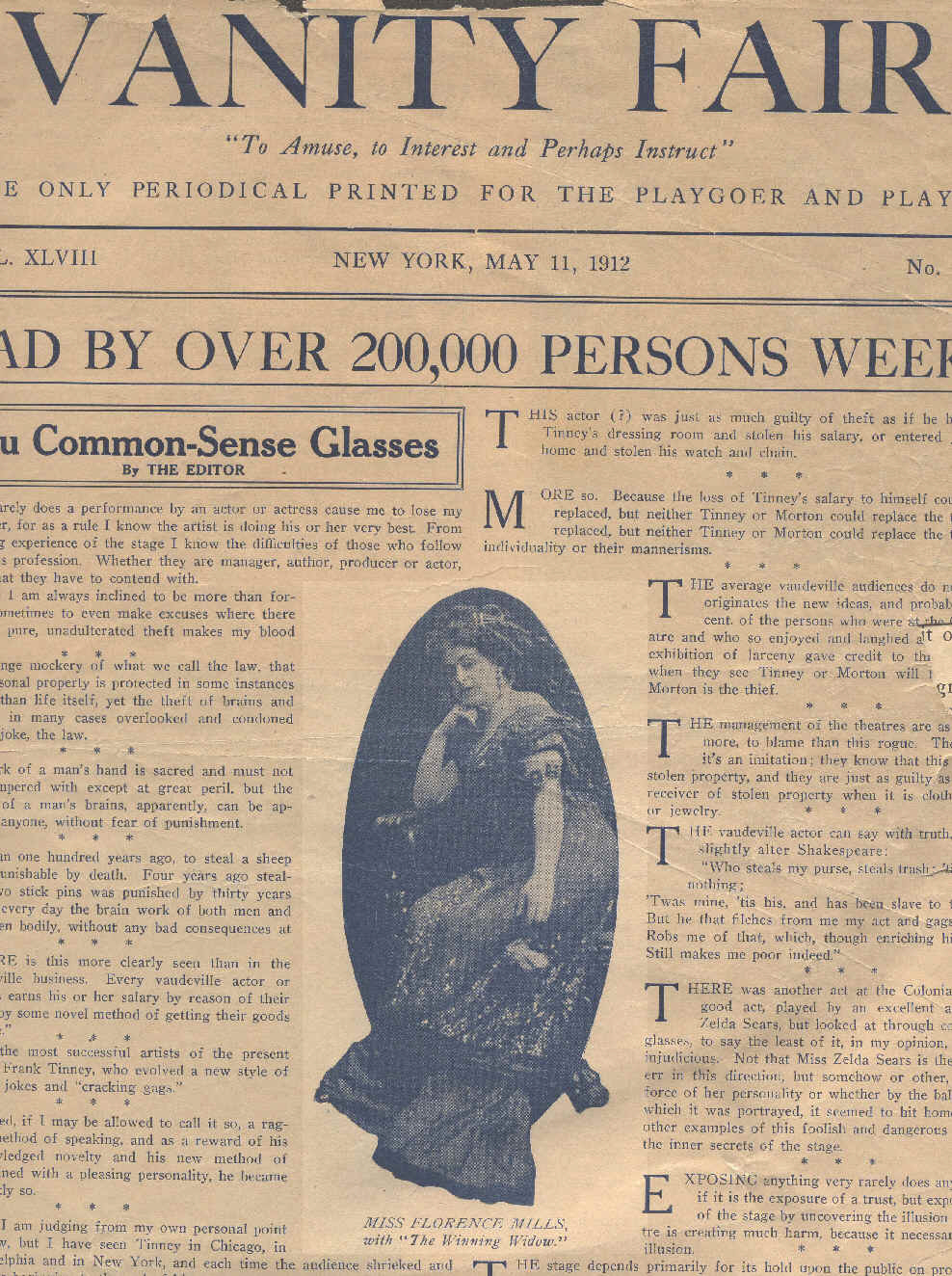 A full circle was completed with this year's presentation of Flo-Bert Awards by The NY Committee to Celebrate National Tap Dance Day (full details at Flo-Bert Awards).  In 1928 Duke Ellington wrote his outstanding composition "Black Beauty", later titled "Portrait of Florence Mills", as his personal homage to one of his most admired African Americans contemporaries. The Flo-Bert Awards, named after Florence Mills and Bert Williams, were initiated originally by Delilah Jackson, with administration passing to the Committee, to honor great achievements in the world of tap dancing.  This year one of the recipients was Duke Ellington's own grand-daughter, and a major figure in the dance world, Mercedes Ellington.  Thus the fame that Duke helped to confer on Florence Mills has now returned to his own family.

As an Australian I am doubly delighted by this presentation, as Mercedes Ellington spent some time as a dancer in Australia. When she returned, pleading homesickness, an unsympathetic Duke told her, "Home is where your work is," a typically Ellingtonian dictum from the man who, when asked if he was considering retiring, responded, 'To what?"

The death of Michael Jackson has led to much discussion of his famous Moonwalk, including debate about who invented it, with one suggestion being Marcel Marceau.  It's a long established African American tradition, with one claim that the earliest recorded instance was a 1955 performance (on YouTube at http://www.youtube.com/watch?v=2VbPd2iu4bg ) by Bill Bailey,  father of Pearl Bailey.

However, if you go to: http://www.britishpathe.com/record.php?id=10055 and view the short movie there "Feet -Fun- and - Fancy," made in 1927, you will see that Florence Mills' co-star Johnny Hudgins' does various eccentric dance steps include a brief Moonwalk. I believe this is a likely candidate for the first recorded instance of a Moonwalk dance.

That's all for now, folks