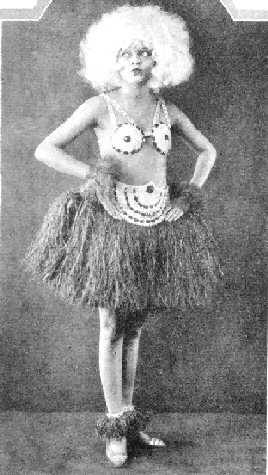 The full story of the Florence Mills Rising Star award can be seen at:
https://variety.com/2022/scene/news/black-women-on-broadway-danielle-brooks-amber-iman-jocelyn-bioh-1235281935/
The 'rising star' title is particularly apt for Florence, who was noted for her charitable works, including supporting rising stars of her era. The most notable of these was the young Paul Robeson, but in my book the following examples are also noted:
When the playwright Garland Anderson was the first black person to have a full length play, "Appearances" on Broadway, Florence Mills was one of the people reported (Amsterdam News, 30 December 1925) as helping fund him to prevent the Broadway run closing early.
"Early in February (1927) an announcement appeared in the Amsterdam News, signed by Florence Mills, Ivan Harold Browning of the Four Harmony Kings, and John Payne, announcing two scholarships in London for African American female singers, a soprano and a contralto, to study with Louis Drysdale, a West Indian voice teacher."